For the enjoyment of all divers, Le Lavandou is located near a large number of famous wrecks!
Also discover our wreck stays… 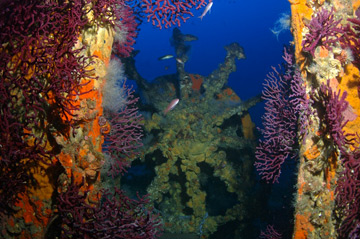 On November 10, 1945, this wine tanker coming from Algiers and heading to Toulon hit a drifting mine up to the bow. The ship sank in a few minutes. She lays full length on the sand bed and is almost undamaged. It is a superb dive: gorgonians, dentis, groupers ... 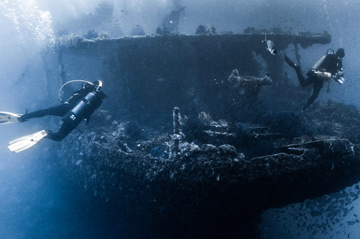 On December 3, 1945 (barely 3 weeks after the Donator’s sinking), this small cargo ship carrying barrels of wine blew up onto a drifting mine. The ship was cut in half and sank immediately. She lays near the Donator wreck.
Very nice dive with: gorgonians, dentis, groupers ... 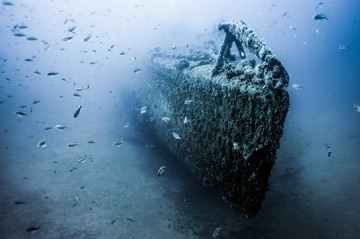 The Rubis submarine, a Sapphire series minesweeper built in 1931, served in the French Navy until 1948.
She then became an underwater base for the instruction of young sailors and was voluntarily scuttled by explosives on January 31, 1958. 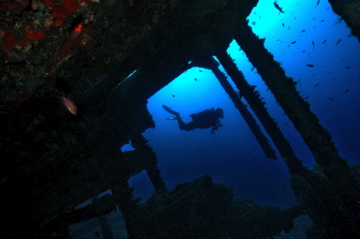 This small steamer that carried a hundred passengers went down on the islet of La Fourmigue on October 9, 1887, by a stormy night. At daybreak the inhabitants of the shore saw the ship in distress. The survivors were brought ashore by the Lavandou fishermen. There are 22 missing persons. 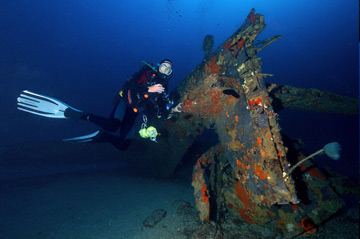 The Wildcat is a single-seat hunter of the Royal Navy. She reportedly was thrown overboard from an aircraft carrier in 1956 or 1957, further to an irreparable damage. She rests upside down, in two overlapping pieces. 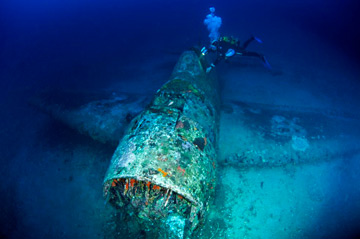 This aircraft was an on-board fighter-bomber. It sank on May 14, 1956, after an error of estimation during a low altitude maneuverability exercise that aimed at landing on an aircraft carrier. The young 21-year-old pilot got away with a broken lumbar vertebra. 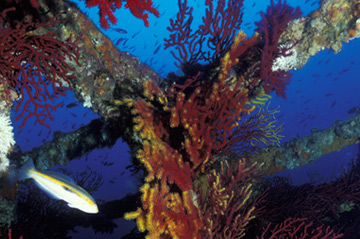 Built in 1882 under the name of "Ville de Valence", The Togo was a steam cargo ship carrying coal when she sank. She hit a mine up to the rear on May 12, 1918, which cut her into two parts. The stern sank immediately, while the rest of the ship drifted and sank a few hundred meters away. 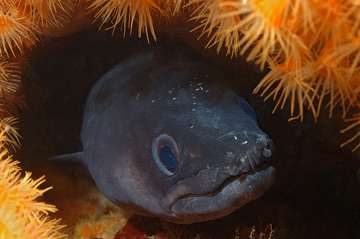 The date of the sinking of this tugboat, also nicknamed "The Auntie", is unknown. The wreck itself is of little interest. On the other hand, it is populated with congers of impressive size (although those eels are less numerous than at the time when feeding was practiced), forkbeards, and morays. 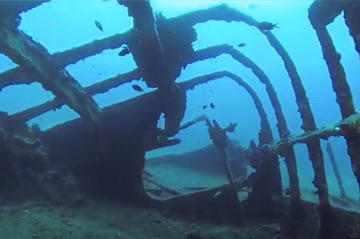 Built in Le Havre in 1900, this destroyer of the so-called "Durandal" series embed herself on the Lardier shallows on February 3, 1903. People managed to free the ship, but a lot water had already entered the hull. Because of the weight, she ended up sinking. Several incredible salvage attempts failed.

Would you like to have more details about the wrecks?

See the islands map (only in french)